Looking Back: Blessing in Disguise 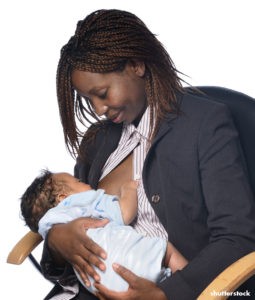 From the “…and in Pennsylvania-Delaware the News is…” insert in the May/June 1974 issue of La Leche League News.

When our son, Devin Charles, was born, we found out he had a double hernia. The doctor said he would have to be operated on at about six months if nothing serious happened before that time.

When Devin was five months old, it was necessary for us to attend a funeral in New Jersey. We began traveling the night before the funeral and just before we reached the motel, our son started screaming. No matter how I tried to comfort him, his screaming just continued. When we got to our motel room, I immediately took off his diaper and found that his hernia had strangulated. I got so upset. Here we were — in a strange place where we didn’t know any doctors and were too far from home to travel back.

My husband asked the motel clerk to call a pediatrician who, when we talked to him, advised us to go immediately to the hospital. After Devin was admitted, the hospital called a pediatric surgeon at about 12:30 a.m. When Dr. W. Smith arrived, he taped the hernias back up in place and recommended surgery first thing in the morning.

The doctor said the pediatrics unit allowed parents to stay around the clock and that he wanted Devin nursed at 2 a.m. so he would be ready for surgery at 9 a.m. After the surgery the doctor explained he wanted Devin to have as much breast milk as he would take. He also said that as soon as our son passed some urine and it was checked, we could take him home. He laughed and made a remark about not having to tell us to keep his bowel movements soft since that is one advantage for a nursing baby. Dr. Smith said our home doctor could remove the bandages and check the incisions.

I had always been worried about the surgery and whether or not the hospital where we lived would let me stay and nurse Devin since he refused bottles. A hospital experience is frightening enough for a baby without his being frustrated by bottles and missing his Mother and Daddy. As it turned out, being away from home was a “blessing in disguise” since the hospital allowed parents to stay with their children and our fine surgeon, Dr. Smith, showed such great enthusiasm for and encouragement with breastfeeding.