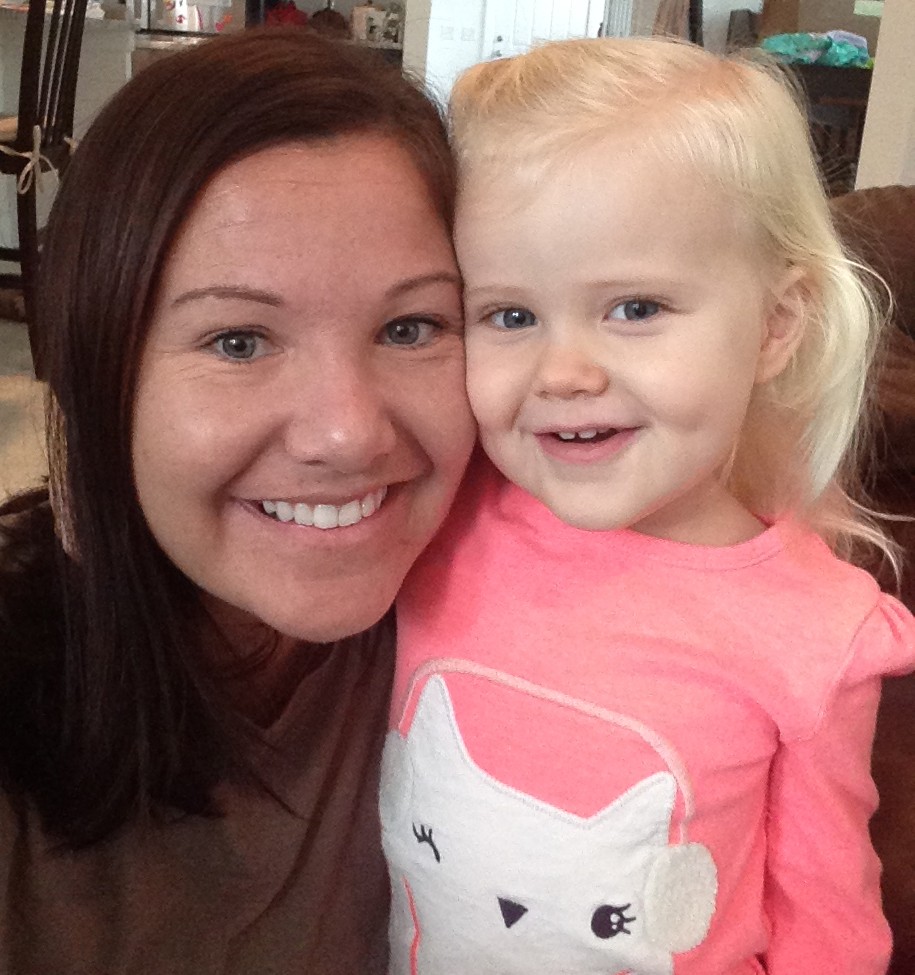 My daughter, Gemma, was born in December 2012. She rested on my chest, skin-to-skin, and I was eager to begin nursing. Gemma was healthy and alert. She latched well, and I had a lot of great advice from the nurses during our hospital stay. One nurse showed me the football position. It worked in the hospital bed so we stuck with it. I hadn’t made a decision about pacifiers, and when the nurses tried to give my daughter one she wouldn’t take it. I had never taken a pacifier as a baby so I thought Gemma might be the same. Then, as we left the hospital after a two-night stay, a nurse announced that she had gotten Gemma to take a pacifier. I didn’t think anything of it until we got home.

At home Gemma wouldn’t latch. After a day of trying, and lots of crying, I became engorged and used the pump I had to relieve the pressure. Gemma took bottles of my pumped milk that night. I asked the doctor about it the next day at her first check up. He told me that about 20 percent of babies get nipple confusion, so I had a name to the problem but no solution. We took away the pacifier, but I was lost on how to get back on track.

There were no La Leche League meetings in the area, and I didn’t think to contact a Leader. Looking back, I think I didn’t realize I could call a Leader to talk about it. Also, I would have had to swallow my pride to contact a stranger (a character flaw I have since begun working on). I told my husband that there could be some challenges with nursing and that I wasn’t going to give up. So, to his credit, he picked up my copy of The Womanly Art of Breastfeeding and found the chapter on laid-back breastfeeding.

Laid-back breastfeeding, or Biological Nurturing, is described in The Womanly Art as “getting comfortable with your baby and encouraging your own and your baby’s natural breastfeeding instincts.” I had skipped reading that chapter because it had sounded too “out there” to me at the time. My perspective had changed since then and I was willing to try anything. So I abandoned the football hold, took off my shirt, and for the better part of an hour let Gemma bounce around on my chest. My husband would take her and calm her if she got upset. This method was the total opposite of the regimented position into which I had unwittingly locked myself. Finally she found my nipple on her own, nursed, and fell asleep on me. The whole ordeal lasted only about three days, although it felt like much longer.

I was shocked and humbled. This went against everything I had subconsciously been thinking about motherhood. I had read The Womanly Art but hadn’t heard what over 50 years of wisdom was trying to tell me. I had not internalized the information. I still tear up thinking about how valuable that moment was for me. Gemma knew what she was doing, and it was my job to facilitate and listen. She wasn’t clay to be molded but a sweet soul entrusted to my care. I also learned a mothering tool that has gotten me through every single rough patch since: skin-to-skin contact. Anytime I felt there was a miscommunication, I would spend time with Gemma skin-to-skin and get back on the same page with her. She would always remind me in her own special way that everything was okay; I just needed to listen and let go of my expectations.

Now, as a La Leche League Leader and a mother of a nursing three-year-old, I know the biological reasons why Gemma was able to find my nipple on her own. I know the mechanics of why skin-to-skin works. But the first lesson was the greatest for me: a mother’s greatest asset is knowing her child’s needs and the best way to do that is to listen with more than her ears.

Now that Gemma is older, it doesn’t surprise me one bit that she wants more control over her nursing. She is outspoken, strong willed, and enjoys experiencing new things. She is exactly the same girl I first met three years ago, just with more ways to tell me how to do my job.

← A Look Back: A Whole New Way of Life
Letting Go of Mothering Guilt →