Are You Ready? Mothering the Second Time Around 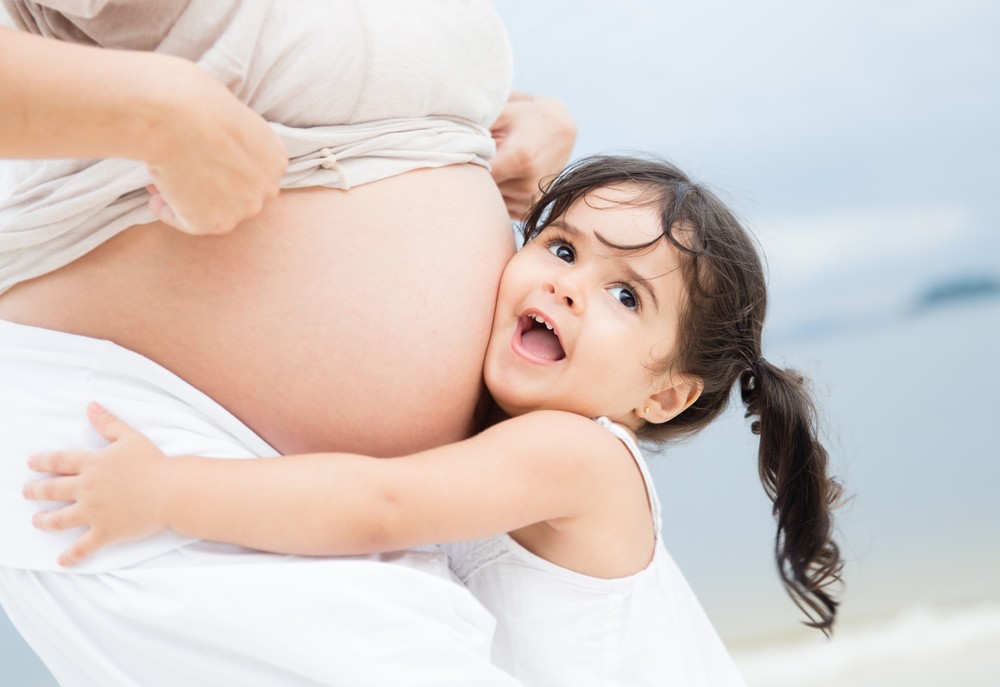 “My son will be three when I give birth to my second child. He loves to give me belly hugs and kisses and sounds excited when we talk about our little bean (our nickname for the baby.) I want to be sure I’m preparing him as much as possible for his sibling’s arrival. What worked well for you? How did your older child or children react to the new baby’s arrival?”

Falling madly in love with their firstborn baby is a wonderful memory, and many mothers wonder how it will be with the arrival of subsequent children. Not only do they question whether they will love this new baby as much as the first one, but they are also apprehensive about the daily task of caring for two children while also giving each of them the love and nurturing they need. To add to the list of concerns: how will the oldest child respond to the new addition?

Sometimes the effects of adding a new child to the family can be compared to a baby mobile. At first, when the new elements are attached to the strings (when the new baby arrives), everything moves and wobbles wildly. After a period of time, though, a new equilibrium is found and the mobile hangs quietly, gently and elegantly moving on as it adjusts to the new reality.

Depending on the age and developmental stage of the child, reactions to a new baby and preparation for the baby’s arrival may be different. It may be challenging when the older child hasn’t developed his verbal skills yet. However, mothers may find that if they pay close attention to their first child, the expressions on their face and their body language reveal their needs. Laura Joy Nolan recalls: “When Ana was born, JJ came to the hospital a few hours later. His sister was nursing when he came into the hospital room. JJ, who still nursed to sleep, looked betrayed and heartbroken to see me breastfeeding Ana. When I asked him if he wanted some milk, he nodded real fast. I replied, ‘Guess what, buddy? Mommy has two! Come on up here!’ He just lit right up.”

The older child who is still nursing when his younger sibling is born can often be comforted and start bonding more easily with their new sibling if the mother is tandem nursing. This can help prevent the feeling of being “replaced” by the new arrival and instead learning that there is enough space and milk for two (or more). This may help prevent sibling rivalry later on. It also saves time: while nursing, the mother connects with both children and doesn’t need to keep track of a toddler or preschooler running around. Adventures in Tandem Nursing: Breastfeeding During Pregnancy and Beyond by Hilary Flower is a great read for any mother who is or plans to be tandem nursing.

For those inevitable times when the older child won’t be nursing at the same time as the baby or isn’t otherwise occupied, it’s helpful to have special toys or activities available to help pass the time. Ali Gage used a “busy box” to entertain her older child when her new baby was breastfeeding.

“We spent a whole day filling the box with things he would have fun with by himself. I threw in a few new surprises. Our busy box is a shoe box containing his crayons, coloring books, a racecar, two bouncy balls, and various other small toys. He decorated his box with stickers and markers. It stays on a shelf until it is time to feed the baby. Then I bring out the box and he is excited to play with those things!”

Giving older siblings responsibilities when the new baby arrives is another great way for connecting to and bonding with the baby. One mother found that giving her firstborn her own “baby” —a doll to care for—helped her daughter better understand the needs of the new baby. “Every time I needed to care for the baby, (my daughter) would care for her baby doll. This helped her practice being gentle with her brother and kept her busy without getting jealous when I needed to spend more time caring for the baby. A few times she brought her baby doll to me asking for me to care for her baby. I told her that I take care of my baby and it’s her job to take care of hers. She seemed to like that she was in charge of something and learned some responsibility as well,” explains Rachel Uleah Favero McBride, who had a three-year-old daughter when her second child was born.

Christina A. West encouraged her four-year-old daughter, using positive words and allowing her to help in every possible way. Christina felt that the more involved her daughter was, the more sense of pride she had in being a big sister. Remind the older child that she was cared for in the same way as the new baby. It goes a long way at times when the older one struggles with jealousy. 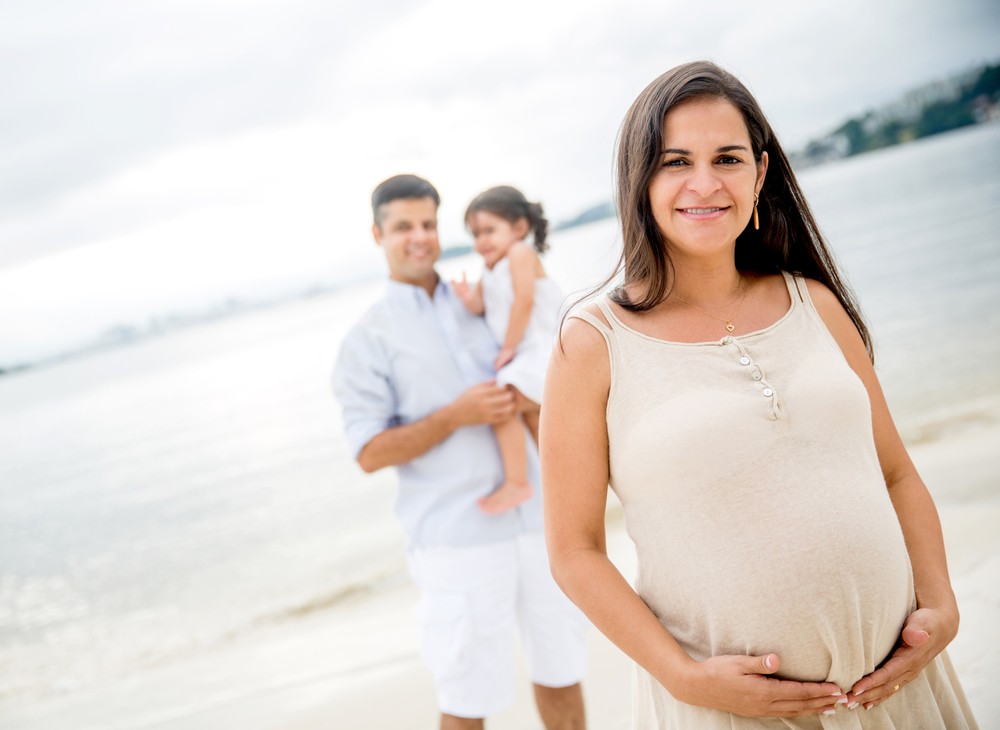 Preparing your older child starts early. During pregnancy you can involve them by bringing them along to prenatal visits, talking about how the baby grows, and demonstrating how to nurse and take care of the baby using a doll. Read books together. Mommy Breastfeeds My Baby Brother (available through the La Leche League International online store) is one book that discusses care for a new baby. Some hospitals have sibling classes. It may help to bring them to a La Leche League meeting where they can watch other families with new babies. After the baby is born, such meetings can assist in giving the older child a safe and welcoming environment to play while mothers support each other and share breastfeeding questions and experiences.

It can also help to set aside alone time with the older child. Jennifer Jacobs explains: “My daughter was almost three when my son was born. I tried to spend one-on-one time with my daughter each day. This usually happened at bedtime. My husband would tend to the baby while I helped my daughter get ready for bed and we had a solo nursing session.”

No matter how much time you spend helping your older child prepare for the baby’s arrival, there is nothing you can do to guarantee that your firstborn will react positively to a sibling. Reactions may include anger, sadness, confusion, and indifference. Sarah Mantei shared her experience: “[My older daughter’s] response to everything was blank. She walked into the hospital room, smiled, and crawled into her father’s lap. She basically ignored her new sister for the next few days. She was never mean toward her sister and never acted out. She continued her life as usual. Now she loves to interact with her new sister and hold her. I just wish I had been prepared for her lack of an emotional response.”

Kristen Rose Gualtieri’s daughter was more outspoken in her reaction: “My children are 18 months apart. There really isn’t any sibling rivalry. However, my oldest was really mad at me for about a week after the baby was born. This broke my heart. I think it was because the night I gave birth was the first night I had ever spent away from her. I think preparing [the older children] for your hospital stay is just as important as preparing for the new baby.”

Christie Brittner discovered that her oldest child’s behavior regressed after the new baby arrived. ”She did exhibit a strong desire to do everything the baby did. She clearly wanted to be babied a little, too. So I let her drink my breast milk. She was so happy that she could and after doing that twice, she [didn’t ask again]. She also wanted me to rock her and sing to her. I would tell her over and over how I used to do those things for her when she was a baby. She only needed to feel that she could do these things and then she moved on.”

Tara Redfern, a mother of five, states: “You just have to let your toddler warm up to the new one in their own time frame.“

As you adjust to the new equilibrium in your life’s mobile, sit down with your child, cut out pictures or photographs, or bring out crayons and paint, and create a beautiful mobile for your family, making a new element to hang on the mobile when the new baby arrives. Together, hang the art work on the mobile and watch how it will find the new equilibrium. It may help to remind you when times are rough that quieter times will come and the result will be beautiful!

Nanny Gortzak is a La Leche League Leader and an International Board Certified Lactation Consultant who lives and works in Southern California with her husband and four children.