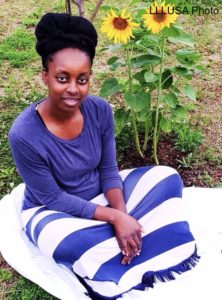 My breastfeeding journey was an unexpected decision. During my first pregnancy, I hadn’t heard of breastfeeding. I didn’t consider feeding until I read an online article. That small overview led me to research more, tell my husband what I wanted to do, and he agreed. I had a coworker and a friend who also breastfed, so they gave me all the tips they learned. They, along with online resources, were a huge help in getting me started. I felt ready and can honestly say that my first time breastfeeding was a great experience. Latching went well, and I never had a problem feeding or pumping. We stuck with it for 15 months.

But it was the complete opposite when I looked for praise and positive acknowledgement from my mother and grandmother. At the time, I was in the military and we lived in separate states. Once, I was on the phone with my grandmother and she asked, “How long are you going to breastfeed that baby?” I told her the first year. And she said I was going to get tired of it and was not going to be able to get “that baby off me.” That conversation hurt me because I felt she expected me not to be able to do this.

I’m a logical thinker and I know the Black community has been reprogrammed to move away from what’s natural and view it as taboo or old fashioned. But I couldn’t understand why someone who fed seven children from her breast would say that to me. She still held to it being a poor person’s way to feed, that you can’t give the baby what they need that way (breastfeeding), and you will never have time to yourself.

Again, I had to stand up and remember my cause. At six months, I was told by my mother that my child didn’t know how to eat baby food because all I do is breastfeed. That hurt, but I stood my ground. We all know that facts, studies, and research prove the opposite. But emotionally that takes a toll when you feel your team doesn’t believe in you. Later came pushback from my boss, which led to many days of reprimand; however, I was never going to put anything ahead of me providing the best for my child.

My second taught me that breastfeeding is not always easy. We experienced trouble latching. It blistered my nipple. I cringed to feed. I had no one to turn to for help because my support team had moved, and it was just me and my husband. I researched, tried nipple shields, feeding with a tiny cup, pumping on one side and nursing on the other. I wanted to quit until my pediatrician referred me to a lactation consultant who show me how to help a baby properly latch. I followed the advice, and after a month we had it.

Pumping became my next struggle. I couldn’t get enough milk for daycare. I tried everything but had to go back and forth to the daycare to feed every two hours for 10 months.

Once my third was born, I felt more experienced but still struggled with pumping. I stayed in trouble with my job but was not going to change. I went to feed at daycare, but this time it was stressful. I had three small children and experienced a lot of stress that affected my supply. I was now back home with family, but we still lacked support. I began supplementing and hated it. I felt I gave up. It hurt and it still hurts today. I began to feel the words they said to me were true. I can’t do this. But I kept my head up.

With my fourth, I became more educated, fixed mistakes, and had better output. The first three months were good. Then COVID hit, which became an unexpected blessing for my breastfeeding journey because I could exclusively breastfeed. I made it a whole year. 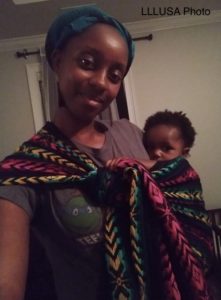 This time also gave me a chance to give back to mothers who had no support, and I became a doula. It was a passion I had been chasing and finally found my place. I’m not a lactation consultant or counselor, but I am a huge supporter and have been able to help families like me who are surrounded by negativity. They cried, had struggles and wanted to quit, but I was there helping them research and find the support needed to meet their goals. It gives me joy bringing positivity, confidence, and support.

The Black community is in a change movement, and I am giving to it. I am reaching back with my hand out to pull up the families around me and letting them know that they can do it regardless of what others may think. You got this. I hope that my experiences and support can reach as many Black families as possible and prove that even in your toughest moments someone is there to be in your corner.