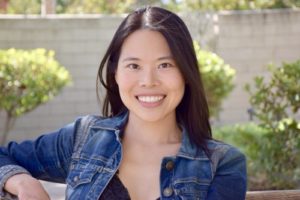 I am a lucky mother. I had a life-changing postpartum experience with my first child, Jade. With my second child, Jasper, I had an exceptional, rewarding prenatal experience.

I liked to tell baby Jasper, “You’re a triplet. This book is one of your siblings. The other one is the API Breastfeeding Task Force.”

When enough years had gone by to enable him to understand my work, I told him stories about how he went to the first planning meeting of APIBTF (in my belly); how he attended all the APIBTF events with me in the following two years; how he modeled for the APIBTF’s breastfeeding photo project. I showed him all the photos, told him how he grew with the Task Force, and he seemed to be very proud of that. Recently, he started to boast about his contribution to the founding of APIBTF.

But Jade, who is four years Jasper’s senior, said that the events that led to the founding of APIBTF started long before Jasper was born. Jade said it began the summer I went back to work after giving birth to him, when my rights to pump at work were denied by my then employer.

Jade was right. At that time, I was a staff writer at a Chinese-language newspaper in Los Angeles. I sat on the floor in a bathroom stall to pump breastmilk for then three-month-old Jade while my colleagues went to the bathroom, pounded on the door, and occasionally complained about me occupying the stall. It was the only outlet I could find in a private location since there wasn’t a nursing room available. When I talked to my supervisor, she told me to quit breastfeeding because formula-fed babies were healthier. When I was tempted to wash my pump parts in the kitchen, some colleagues mocked me for washing my dirty panties in the office. When I talked to the human resources department, they said they were not aware of the breastfeeding laws.

That pumping rights argument culminated in a case settled by Legal Aid at Work (then Legal Aid Society—Employment Law Center). I then quit my job as a full-timereporter and became a breastfeeding activist. I still worked as a freelance writer to pay my bills, but I spent a big chunk of my time volunteering for local breastfeeding coalitions. Four years later, I joined a group of like-minded individuals and founded APIBTF.

And that was only the beginning of the story. In spite of the monetary compensation that my previous company agreed upon, the newspaper was apparently not convinced by the ruling—it published two Op-Ed pieces, one calling breastfeeding images “disturbing” and“disgusting”, while the other one suggested that breastfeeding accommodations at work were “not necessary.” The first article gave me an idea of launching a breastfeeding photo project to fight this kind of hate speech and normalize breastfeeding in Asian communities, and the idea became the first major project of APIBTF.