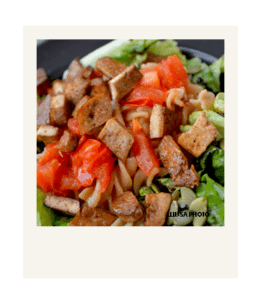 Editor’s note: A vegan diet is one of many ways to make the La Leche League whole foods philosophy part of your life.

I became vegan when my first child was about a one-year-old nursling. I focused on wholesome meals and was fortunate to live in Hawai’i with a bevy of local produce to buy. However, I also indulged in some highly processed foods (such as mock meats) as well as junk food that happened to be vegan. Overall, though, I maintained a balanced diet, and my son grew tall and strong from a young age.

Even after I stopped nursing him, I remained very interested in keeping informed about pregnancy and breastfeeding as a vegan. Last year, when I found out I was pregnant, I was excited to finally experience pregnancy while vegan. I had routine blood work done at all appointments, which helped keep me informed about my nutritional intake. Like many pregnant women, I took prenatal vitamins and also chose to take an iron supplement.

During my pregnancy with my first child, my son, I escaped morning sickness right up until the third trimester when it really became all day long sickness, mainly after meals. During my pregnancy with my daughter, nausea persisted throughout the entire pregnancy, and early on I found myself experimenting with techniques that would diminish it, if even just a bit. I recognized that I experienced nausea less after plant-based meals. (Not all vegan food is plant based, which is a term referring to a diet rich in fruits, vegetables, legumes, whole grains, and no highly refined foods, meat, or dairy.)

I had known about the distinction between vegan and plant based before but never felt an inclination to commit to the latter. However, now pregnant, a sense of ease in consuming food and keeping it down was of paramount importance, so my diet began to shift increasingly towards plant-based meals. In the beginning of my third trimester, I took part in a plant-based nutrition certificate course. I became savvier at creating wholesome and delicious dishes that my body also seemed to enjoy.

I discovered ingredient combinations that would pack a lot of essential nutrition into meals, such as one of my favorite breakfast concoctions of several spoonfuls of hemp seeds (available online if unable to purchase locally), berries, nuts (I often used pecans or hazelnuts) with oat milk, the plant-based milk of choice here in Sweden. Any plant-based milk (soy, rice, almond, hemp, oat, etc.) can be used depending on its availability and your preference.

My daughter is now five months old and heartily nursing away. I am always conscious of what I eat, focusing on rich, wholesome, and exciting meals. I also enjoy indulging; yes, I eat cake and chips and burgers, too (just all vegan).

Here are a few of my favorite snack or meal ideas:

Popcorn with B12 fortified nutritional yeast. 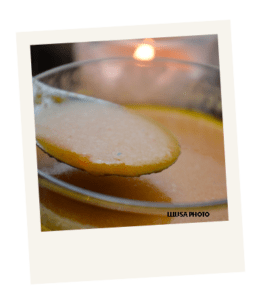 Coconut Carrot Soup. 1 bag of carrots peeled and boiled soft with a couple vegetable bouillons cubes. Blend the softened carrots and then heat up again with a can of coconut soup for a creamy, delicious, quick and easy soup. (I also sprinkle a couple teaspoons of turmeric in) 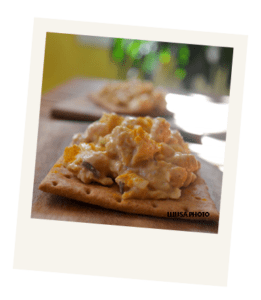 Chickpea spread on crisp bread. For my chickpea spread, I often use the equivalent of two cans of garbanzo beans and mash them up to a desired consistency. I add vegan mayo to desired creaminess and then mix in some sea salt, cayenne pepper, a few spoonfuls of relish, stone ground mustard, and one diced onion. This is a super flexible recipe that you can just experiment with along the way for the texture and creaminess you prefer.

Tofu Bacon Salad. One of my basic cravings during my last pregnancy was a bowl of fresh greens with olive oil, crema balsamico, pumpkin seeds, and tofu bacon. I liked to spruce it up for more nutrition and calories, so I would also sometimes add pasta with lightly sauteed tomatoes. For the tofu bacon, I marinated the tiny sliced bits of tofu in tamari soy sauce, baked until dry, then put into the pan for a quick, crisp fry.