Looking Back: My Attempt at Mother-Led Weaning 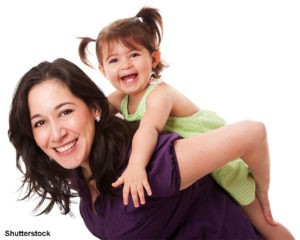 I have two older children besides my little Valerie. With each pregnancy, my mother would tell me how much closer you feel nursing a baby. Each time I would reply, “I can hold my baby just as close feeding him a bottle as I could nursing him.”

Well, I have no idea what prompted me to nurse this last baby, but during the whole pregnancy, I felt very positive about nursing.

I needed several weeks to adjust to a nursing baby. I think Valerie could have nursed 24 hours a day. But after we got into our routine, we both loved the time we spent together. As a matter of fact, I came to really look forward to being able to stop and nurse her. I suppose nursing gave me the excuse I needed to stop and rest.

I enjoyed nursing Valerie for about 18 months, but then I started feeling confined. My husband kept talking about a weeklong trip—“just the two of us.” And I started feeling a need for freedom to do what I wanted to do. So, since Valerie had cut down on our nursing time, I decided to “help her along.” Oh, I tried everything to distract her. Then, when that didn’t work, I just told her that we weren’t going to nurse anymore.

Sometimes she would get so angry at me she’d beat her tiny fists on me and cry. Then often I would go ahead and nurse her, but sometimes I wouldn’t. This went on for a couple of weeks, with her asking to nurse less and less frequently.

But I had the grouchiest baby of anyone around. People had always mentioned how even-tempered and good she was. But now my baby had turned into someone I couldn’t relate to. She began having tantrums and hitting and biting anyone who crossed her. Once cheerfully independent, she became a “clinger,” clutching at my skirt and whining all the time. She seemed afraid to let me out of her sight.

A few weeks later, she came down with a virus and asked to nurse. I tried to tell her that my milk was gone, but she wanted to nurse anyway. Thinking that she would nurse for a minute, get discouraged and quit, I allowed her to nurse. She nursed for 45 minutes!

Since I probably had little milk, it dawned on me that all she had wanted was me. So after thinking about it, I told my husband if she needed me that badly, then she was going to have me. And I will continue to nurse her until she wants to stop.

Oh, by the way, I’ve got my good-natured little girl back again!

← My Breastfeeding Issues Are Resolved: Why Should I Continue Attending La Leche League Meetings?
Newborns: A Quick Look at Keeping Up Energy, Connection, and Milk Supply →