My First Birth Experience: What I Wish I Had Known 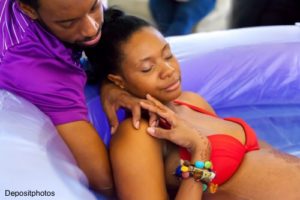 It’s almost embarrassing to look back at my first birth experience and see how unprepared I was for what was the most important event in my life up to that point. Since then, I’ve heard “You do the best with what you know at the time” over and over again. It’s not that my daughter’s birth was overly traumatic, but I think if I had been more educated and aware of the consequences of my choices with what seemed like small, insignificant decisions, then my birth and maybe even my early breastfeeding experiences might have been different.

During my pregnancy, I attended the childbirth preparation classes offered by the local hospital where I planned to give birth. I’m sure I read books and talked with friends and family about birth and newborns, but now I don’t recall specifics about those resources or conversations.

It was a Sunday afternoon two weeks before my due date. I started to have some contractions – none that were difficult to get through. They were starting to come fairly regularly, and I remember having read that once contractions were regular and there was a certain amount of time between them that I should head to the hospital. I ate just a little bit of an apple, because I also remembered reading that I shouldn’t eat while in labor. So, my husband and I left for the hospital. The staff apparently agreed that this was the real deal and I was in labor, because they admitted me.

I continued to have contractions, although they weren’t progressing very quickly. In the evening, my doctor decided it would be a good idea to break my water since contractions hadn’t let up. He said it would help my labor move forward more quickly. After that, my contractions did intensify but not by much. I had been at the hospital for about six hours by now and had spent the majority of time lying in bed. Again, it’s embarrassing to think that I didn’t know that movement and changing my position could help labor progress as well as probably making me more comfortable. At some point in the night, the nursing staff gave me pain medication, which took the edge off and allowed me to rest a little.

The rest of the night was a blur, but I continued to dilate and my contractions grew stronger and stronger until just before 7 a.m. when I was ready to push. I still cringe thinking about this, but my doctor told me it would be best to first do an episiotomy to prevent any tearing. It was a large episiotomy and I still ended up tearing. I had no idea how painful that part of the recovery would be or of any lasting negative effects of an episiotomy. But, by the time a new shift arrived on the floor, I had given birth to my daughter, who weighed less than seven pounds and would be by far the smallest of my children at birth. 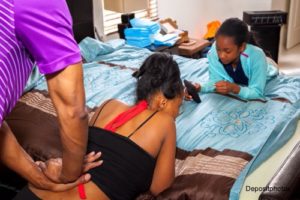 When I look back at my daughter’s birth, there are several things I would change that seem so obvious now, but I know it does no good to berate myself for what I can’t change. Maybe this will help someone else, though.

Those are just a few of the things that come to mind when I look back at my daughter’s birth. I hope they help someone out!

← We Need Your Help!
Rebecca’s Story: Parenting During Uncertain Times →