My Grandmother’s Breastfeeding Legacy: Never Give Up 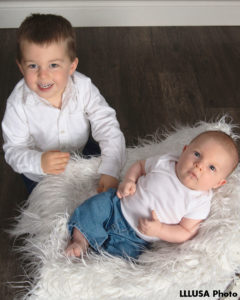 One of the most common questions I hear at the start of a La Leche League Series meeting is “Why did you decide to breastfeed?” For me, that’s an easy answer.

My decision to breastfeed started a couple of generations back. My mother was born in the 1950s. She was the fourth child in the family. Very few women breastfed back then, but my grandmother (who had a degree as a dietitian) knew that breast milk was the best thing for babies, so she nursed all of her children. There was resistance, though, when my infant mother required hospitalization for the staph infection that she acquired at the hospital when she was born. The hospital had strict visiting hours, and mothers were not allowed to nurse or to give breast milk to their infants.

My grandmother was normally a kind, mild-mannered woman, but anyone who crossed her in this situation wished they hadn’t. She told the staff emphatically that she would nurse my mother, whether they liked it or not. Every time, she just stormed in and nursed her baby. My grandmother drove 20 minutes each way to the hospital, and came every four hours, day and night, to nurse my mother. (We know now that nursing every four hours isn’t necessarily frequently enough, but it was standard then.)

The reason this story was so impactful to me is because every baby in the neonatal intensive care unit (NICU) of that hospital died from the staph infection — except for my mother. The doctor later told my grandmother that it was breast milk that kept my mother alive. The whole family learned the value of breastfeeding, and everyone since has done it. (My mother nursed me to age four.) I grew up knowing that my mother wouldn’t be here (and I wouldn’t be here) without breast milk. I don’t recommend storming into a NICU in this era, but this story taught me that breastfeeding was worth fighting for. 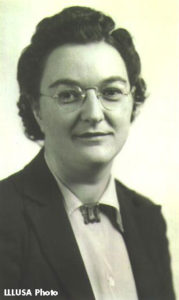 That was a good lesson to know when my first child was born. He had tongue-tie, and nursing him was excruciating. We thought the tongue-tie was successfully clipped, but we learned much later that it wasn’t a full release. I was in tremendous pain. I contacted my local LLL leader often for encouragement. I was determined that breastfeeding was worth fighting for even when my health care provider said that she would quit if she were me (not helpful!).

I eventually came to love our nursing relationship. Sitting in a glider rocker while nursing him to sleep became my favorite time of the day. He self-weaned shortly after age two when I became pregnant again.  Now I have another beautiful boy, who is currently four months old. Nursing is much easier this time around. I am so glad that I pushed through the difficulties and never quit. I am very grateful to my grandmother’s tenacity for teaching our family the value of breastfeeding. I wish she were alive today to see her strong, healthy great-grandsons, but I’ll make sure that her prioritization of breastfeeding lives on!