Weaning: “We Did It Together” 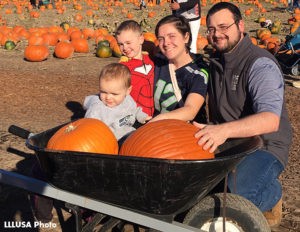 After my oldest son was born, all I wanted to do was nurse. And we did. Initially I thought, “I’ll nurse for six weeks and see how it goes.” Then six weeks passed. Then two months and six months and finally we hit a year. When I had gotten pregnant I was told that all you needed to do was nurse for a year and that was it. Well, at one year of age nothing miraculous changed where he suddenly didn’t need the breast anymore. Quite the opposite. I thought, “This still works for us. Let’s keep going.” So we did. Fifteen months passed, then 18 months, then he was two years old. I didn’t really know what to do at that point because I never knew anyone who nursed that long. I thought to myself, “Well, this still works for us. Let’s keep going and see what happens.”

When my oldest son was 2.5 years old I became pregnant with my youngest son. Breastfeeding started to get very uncomfortable, so I took a long look at older son and thought hard about what to do. I didn’t feel it was the right time to stop and neither did he, but I needed something to change to help me feel more at peace. We decided to gently night wean, and my son was okay with that. We also reduced the number of times we nursed per day, and he also agreed that it was okay. For a time after his brother was born, he resumed nursing with great gusto because his beloved nursies had returned in full force. I enjoyed tandem nursing but found it physically difficult, so I spoke with my older son again and we agreed to go back to twice-a-day sessions without jealousy or anger toward his little brother who needed nursies more than he did. This worked for us and time passed.

Eventually, when my son was four years old, there was a school vacation and for several of the days he would wake up and immediately go to play instead of having our normal morning breastfeeding session. I thought to myself, “I’m okay with this; let’s keep going.” After a few days, he asked for morning nursies and I smiled and said, “No, I think we’re all done with that.” With barely any hesitation he smiled and said, “Okay Mom!” And that was that. After a few more months, I started to feel a great tiredness in my body that came with nursing him. I thought long and hard about what to do and I decided that while my heart would never truly be ready for weaning, my body was. And I felt that my son was old enough to understand.

We started by generously limiting the time we would nurse and very gradually decreased it. He would nurse, my timer would go off and he’d smile and say, “Okay Mom!” and go to sleep. Time passed until we were down to less than a minute. My heart still wasn’t ready but my body very much was.

I remember the last session vividly. We were in bed talking and he said, “Mom, can I have nursies?” I smiled and said, “Yes, but tonight is the last night. The last nursies of all.” He nodded gravely. He latched and I counted down from 10, because I knew that’s all my body could handle. I counted, but I counted slowly. So slowly. When I finally got to zero I didn’t need to say anything. He unlatched, rolled over and went to sleep. I cried a little because I knew we had crossed the final threshold and that period of our lives was over. And while my heart was sad for the transition, I was so proud that we had done it together.

Editor’s Note: I asked Julia if her son asked to nurse after this last time. She said, “I don’t think he ever did ask to nurse again after the final one. I actually asked him recently, over a year after weaning, what he remembers of nursing in general and he said he loved it a lot.”

← Growing in LLLove
Then and Now: Laurie and Derek’s Story →