What Do I Need To Buy In Order To Breastfeed? 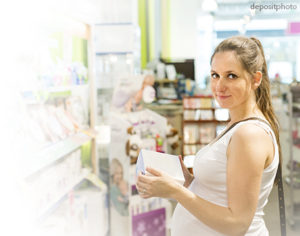 One of the most common questions expectant or new parents ask is, “What do I need to buy to breastfeed?” If you ask a La Leche League Leader, the response will often be that you need fewer things and more support. However, there are items that can make nursing easier or more convenient depending on your situation. Below, families share what was helpful for them. As you will see, some parents discovered that they needed only a few basic items as they established their breastfeeding relationship, while others made use of a variety of resources throughout the time they nursed. Some families even found that what they considered necessities in the beginning turned out to be less than helpful as the weeks and months passed, or when they welcomed another child into the family.

“I was a pretty poor college student when I had my first (child), and I was lucky enough to be taken under the wing of my boss’s spouse, who gave me plenty of baby clothes to start off with. I didn’t buy a thing for breastfeeding, not even nursing bras; I couldn’t afford them. I just pulled up the regular old bras I already wore. Later on, I bought a hand pump I thought I would need, but we never got along, and I ditched it fast. I dropped out of college, we moved, hubby got a job, but we still survived on hand-me-downs for a long time. Luckily, I had no breastfeeding issues, so I didn’t need anything else besides diapers.” – Ann D., Dayton, Ohio

“As a work-at-home mother, I needed a carrier that allowed me to care for my baby and be hands free. I loved my ring sling for the (newborn) stage and a soft structured carrier for anything over three months.” – Kayla, Howard’s Grove, Wisconsin

“I had a baby and had to go back to work at my two jobs three weeks after he was born. So I got a good hand pump and some bottles to store milk in. Someone had given me a nursing pillow, but it didn’t fit around my waist, and I would have had to bend over to get to the baby if he lay on the pillow. So I sat on it or used it as a neck pillow, depending on which end of me was sore on which day. When my baby was about six weeks old, I discovered a ring sling and that was mind-blowing and life changing. I used newborn diapers to catch the wild overflow of leaking milk I had, and that’s about it!” – Gina, Denver, Colorado

“The only thing I had to have was milk (storage) bags, and a pump for when I went back to work. Everything else I ended up not using. Not even a nursing bra.” – Fieona R., Volusia, Florida

“For me, I used nursing bras and an electric breast pump (along with bottles and storage bags) because I had to go back to work. Someone bought me a nursing pillow, but I honestly didn’t like it and just used regular throw pillows.” – Amanda, Cincinnati, Ohio

“I had twins and *thought* I needed more things, but I was wrong! As far as what we did use for breastfeeding specifically, lots of burp cloths, nursing bras, and (nursing) tanks. I barely used my pump, almost never used any bottles, used our bottle warmer probably once, and had a co-sleeper that barely got used. I used slings, but didn’t really nurse in them. Nursing pillows didn’t work for us. After that experience, when my singleton came along, all we had for him were clothes, diapers, burp cloths, a sling, and a car seat.” -Lindsey, Los Angeles, California

“I needed nursing bras, washable breast pads (light daytime ones & super-soaker overnight ones), a couple nursing pillows (different ones worked for different ‘stations’, i.e. couch vs. recliner). A carrier was a lifesaver, but I was never able to figure out how to feed in it so I consider that a parenting essential but not directly related to breastfeeding.” -Elena, Texas

“For my first baby, I bought nursing bras, nursing blouses, washable breast pads, burp cloths, basic rocking chair. I was given a simple electric breast pump that I barely used (preferred hand expression) and nursing nightgowns by a sister-in-law. For my second baby, I bought ample traditional Mexican blouses. For my third and fourth baby, I bought nothing.” -Véronique L., Monterrey, Mexico

“With my first, I returned to work full time when he was 14 weeks and started traveling for work again when he was nine months old. My must-haves for travel without baby were: a good double-electric pump with a battery pack, cooler with several ice packs for transporting milk, nursing cover for pumping in airports and on planes (yes, I have pumped in my seat on a plane!), a copy of TSA guidelines (to share with less than knowledgeable agents), and an open conversation with employer about the need for breaks or specific flight times while on the road.” -Shara K., Austin, Texas

“The things I used with both babies were my nursing pillow until they got bigger, regular bed pillows to prop up my arms, burp clothes, a few nursing tanks, nursing pads until I stopped leaking, snacks, water bottle, and some form or entertainment like ebooks. There were a lot of products I thought I needed with my first and didn’t bother getting with my second. And then I have a nursing cover for my diaper bag when I feel like using it, mostly when my baby gets distracted out and about and I need to minimize distractions. -Meghan K. Houston, Texas

“I’m a stay-at-home mother. For my first child, I used:

For my second through fourth child, I used the same items, replacing bras and shirts as they wore out. I never touched the nipple cream, nursing necklace, or nursing cover.

Frequently, I just layered a small tank under a larger tank to nurse or used camis under v-neck shirts.” -Sarah S. Texas

“Because I was returning to work at three months and breastfeeding was important to me, I did a lot of research on the best pump for my situation. Of course, pumping at work meant that I also needed a few pumping bras and a cooler for my milk. I found it easier to have two sets of pumping supplies so that I wasn’t always washing. Having pumping-friendly tops and effective nursing pads helped me pump confidently at work and meant I could use them as nursing tops at home.” -Maggie, Kansas City, Kansas

← Making It Work: An Opportunity To Bring My Child To My Workplace
Autumn’s Story: My Preemie And NICU Experience →