Looking Back: Growing Away From Nursing

Originally published in the May-June 1986 issue of New Beginnings. 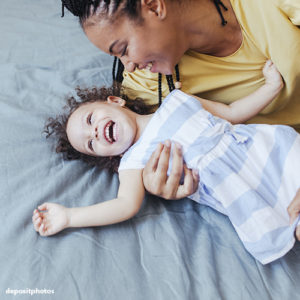 Weaning seemed such a vague idea three years ago. Now the reality has made an immense impression on me and given me a new perspective.

A month ago, Celeste was a two-and-a-half-year-old nursing child. She had become increasingly demanding of me. She seemed discontented and often angry at everything and everyone, including herself and me. This is not unusual, I know, for a child whose sister had come into the family five months ago. I had always assumed Celeste would eventually stop nursing when she was ready, with no part played by me. Ever since I became familiar with the idea of baby-led weaning, before my first child’s birth, it had seemed natural and acceptable to me. So, I happily embarked on our nursing relationship, a joyful and satisfying one for both of us, with no thought to its ending.

One day the light dawned. I had been thinking, “This child does nothing but nurse!” Then I realized this was precisely the case. I had not stopped thinking that nursing met all of Celeste’s needs – as indeed it had for a long time. I had not observed until then that I was not giving Celeste the attention she deserved at times when she was not nursing. We had not developed the other aspects of our relationship that should have gradually replaced nursing.

How often had she asked me to read a story, color with her, go to the playground, sit in the pool, play pretend, and I had been too busy? Too often, I’m sorry to say. “Nursies” had become her “ace-in-the-hole.” If I was too busy to give her my attention in other ways, at least Mommy would always sit down and nurse, even if sometimes distractedly. When Celeste was tired, she nursed to sleep for naps and bedtime. When she was bored, she nursed. When she needed comfort, touching, eye contact, she nursed.

For me nursing had become so easy and effortless that I had fallen into the trap of not growing in my relationship with my daughter. What had always worked so well before was not meeting her needs now.

I began to change my complacent ways. I began faithfully spending time with Celeste each day and giving her my undivided attention. We did many things together: making playdough, collecting popsicle sticks and gluing them together, and reading many stories. I would sit and hold her and hug her and kiss her even without “nursies.” We talked. When my five-month-old slept, I spent the time with Celeste instead of crossing off items from my list of things to be done. I started to be conscientious about eye contact and really made an effort to do less talking and more listening.

To my amazement, in a matter of days the little girl whose nursing I had once seen no end to was hardly nursing at all. She needed me to prove to her that her old stand-by, “nursies”, was no longer necessary to get my attention. I was becoming more attuned to what she really needed and was giving more of myself to meet her needs.

Since Celeste’s weaning, our relationship has blossomed. She is still a two-and-a-half-year-old with the frustrations and difficulties of that age, but I am seeing her as an individual apart from myself. She is growing up, and so am I.

← I Can: Turning My Parenting Doubts Around
Out Of The Mouths Of Nurslings →