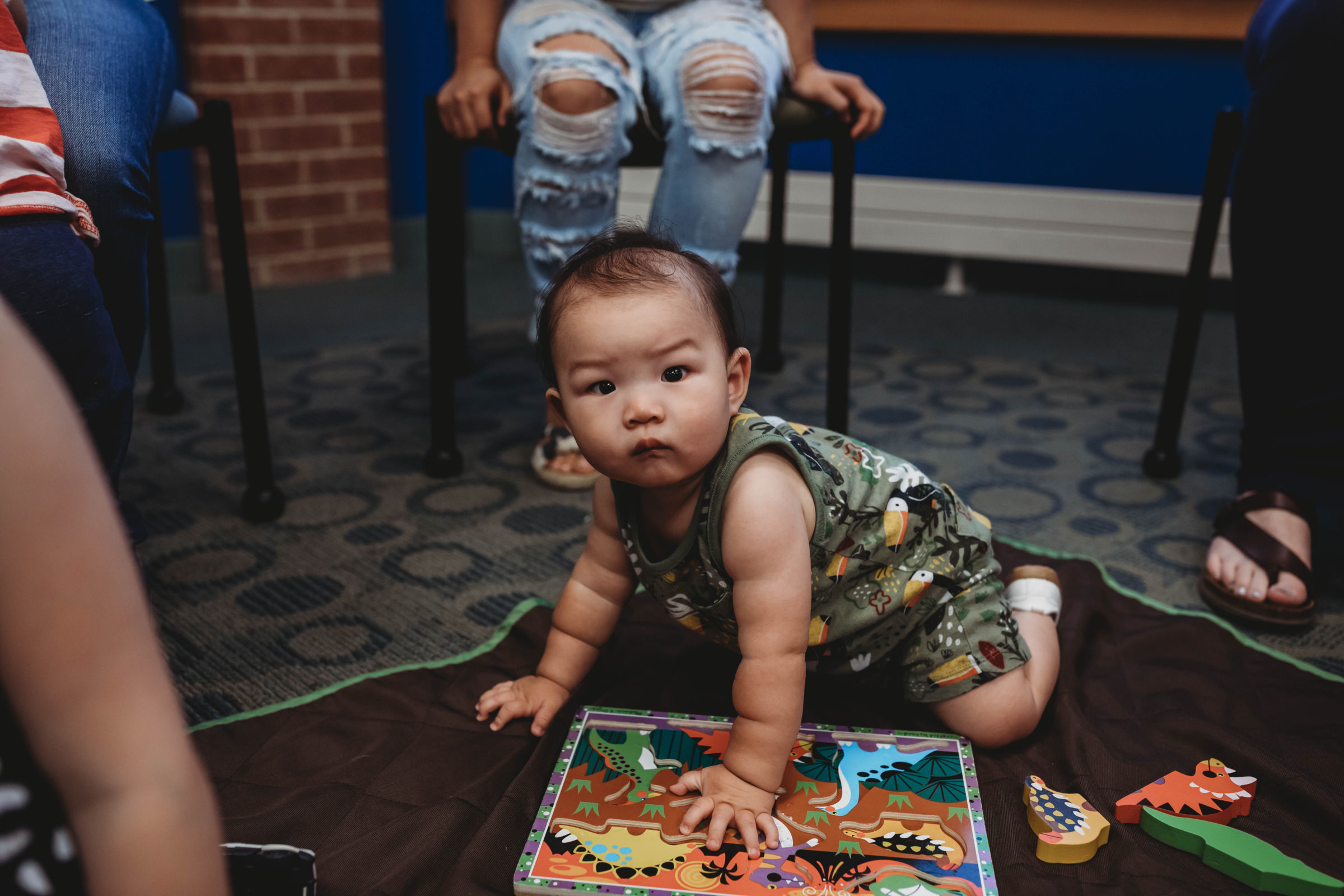 “Maybe you just need to try a little harder.”   “Have you tried fenugreek?”   “You’re probably not drinking enough water.”

Those who struggle with milk production and low milk supply hear advice like this from well-meaning friends and family members (and sometimes, from breastfeeding supporters who should know better). While the vast majority of milk production problems can be remedied by addressing issues of breastfeeding management, there are some for whom making enough milk to sustain their babies is difficult or impossible. Called “primary lactation failure”, this condition occurs when a parent’s body does not make an adequate amount of milk for their baby, even when everything else is in order (including but not limited to: latching and positioning, breastfeeding frequency and exclusivity, parent and baby being kept together, baby’s oral anatomy is fine with no tongue-tie or cleft palate).

Primary lactation failure can be due to a variety of factors, including previous thoracic or breast surgery that severs critical nerves or ductwork; hormonal complications, such as those that accompany polycystic ovarian syndrome or thyroid abnormalities; and a condition in which mammary tissue simply did not develop during adolescence. Called tubular (or tuberous) breast deformity in the plastic surgery literature, hypoplasia of the mammary gland (also called insufficient glandular tissue or IGT) was previously thought to be a simple issue of cosmetics. Corrections addressed the appearance of the breasts, with little regard for their potential function. However, as breastfeeding gains significance as an issue of public health, more parents seek to nourish their babies in this manner, but little is known about what to do when breastfeeding doesn’t work.

WHY DON’T SOME PEOPLE MAKE MILK?

Lactation failure can be classified into three categories: preglandular, glandular, and postglandular (Morton, 1994). A preglandular cause for low or no milk production is directly related to hormonal issues such as a retained placenta or postpartum thyroiditis. Postglandular causes of insufficient milk production are those things that happen after the baby is born that get breastfeeding off to a “bad start,” like a baby who cannot properly transfer milk at the breast (for whatever reason), or poor breastfeeding management, such as scheduled feeds or extended separation of parent and baby. Glandular causes for low or no milk production can include previous breast surgery or hypoplasia/IGT. Often, glandular lactation failure is accompanied by one or more preglandular and postglandular factors. Understanding your own body and health, asking questions about any medications or behaviors your doctor recommends during your preconception time, and being at a healthy body mass index (BMI) before becoming pregnant can help normalize your hormones. Expert breastfeeding assistance from an IBCLC, or an LLL Leader, as well as choosing a birth setting that is Baby Friendly, can help you ensure that breastfeeding gets off to the best start possible.

Hypoplastic breasts may be small or large. It is breast shape, placement, and asymmetry that indicate hypoplasia—not necessarily size. Average-sized breasts that are lacking glandular tissue may be made up of fatty tissue that will sufficiently fill a bra cup.

In a study of 34 mothers by Huggins, Petok, & Mireles (2000), a correlation between the following physical characteristics and lower milk output was found:

Additional characteristics that may indicate hypoplasia are:

While a large percentage of those with IGT felt like their breasts were “different” or “something was wrong” during adolescence, it is usually not until pregnancy, when breasts change little or not at all, or after having given birth, when they does not produce enough milk for their baby, that they know they have insufficient glandular tissue. An exception to this might be if they sought or received breast augmentation surgery earlier in life. Perhaps the plastic surgeon referred to “tuberous breast deformity” or “constricted breast,” both terms used to describe hypoplasia/IGT in the plastic surgery field.

It is important to consider that some people with the physical markers noted above have no trouble bringing in a full, normal supply of milk after giving birth. However, a prenatal breast assessment that reveals physical characteristics consistent with hypoplasia/IGT should prompt extra attention to getting breastfeeding off to the best start possible. It can be worrying if a parent does not notice any changes in breasts during pregnancy.

WHY DID THIS HAPPEN TO ME? WHY CAN’T I MAKE ENOUGH MILK?

It cannot be stressed enough that, if lactation failure of a glandular nature is suspected, preglandular and postglandular factors are accounted for and properly ruled out. It can be frustrating for a parent who really does have hypoplasia/IGT to be asked over and over again, “Have you tried X or Y?” as each well-intentioned care provider seeks to rule out causes for low milk production that are far more common. It can be more helpful for someone to ask, “What measures have you tried, and what other possible causes for this have you explored?”

This approach shows respect for the parent’s journey while also encouraging a full review of all of the factors that could contribute to the problem of insufficient milk production.

There is evidence (Rudel, Fenton, Ackerman, Euling, & Makris, 2011) to support a theory that a someone’s exposure to high levels of certain environmental contaminants, namely dioxin and other endocrine disruptors, before being born can put someone at risk of insufficient breast growth during adolescence and pregnancy. In some cases, breasts may grow during puberty, but perhaps that growth is asymmetrical (uneven) or the breasts are large and appear normal, but only fatty tissue develops, not glandular tissue. This could be the result of hormonal irregularities that occur with some endocrine conditions, such as polycystic ovary syndrome (PCOS) or uncontrolled thyroid or insulin-related conditions (Marasco, Marmet, & Shell, 2000).

Some with hypoplasia/IGT report luteal phase defect, which is a cyclical occurrence of lower-than-normal progesterone, even in the presence of ovulation. It is characterized by postovulatory basal body temperatures that do not rise significantly and may also result in pre-menstrual spotting. These cases of endocrine irregularities are especially important to address, because the hormone issues that interrupted the development of glandular tissue may also be preventing what milk-making tissue is there from doing its job. Normalizing these hormonal irregularities can help to maximize the performance of the glandular tissue that is present; this is why certain medications and herbs may have the effect of boosting milk production. However, what works for one person might not work for another; this area needs more research.

WHAT CAN I DO NOW? I REALLY WANTED TO BREASTFEED MY BABY.

Some nursing parents, after taking measures to maximize their milk production, make peace with the situation quickly and find joy in bottle-feeding their babies with love and sensitivity. But, for those who envisioned breastfeeding as a vital part of their parenting experience or who are concerned with the risks of not providing human milk to their baby, the realization that their body isn’t going to produce what their baby needs to thrive can be devastating. Fortunately, there are ways to preserve aspects of the breastfeeding relationship. Again, it is imperative that all other potential causes of breastfeeding difficulty are ruled out, because any measure one takes to maximize and augment their milk production will be less effective if there are other factors at play, such as poor breastfeeding management or an inability on the baby’s part to effectively transfer milk. It is also vital to connect with other breastfeeding families and become familiar with the behavior of a normal breastfed baby; nursing parents who make plenty of milk worry that their babies aren’t getting enough when they’re fussy, if they feed often, or aren’t long sleepers. These aspects of normal newborn behavior may be especially unsettling to a someone with IGT, but a good understanding of what “normal” looks and acts like can smooth the process of redeveloping trust in their own instincts about what baby needs. A good place to find support is your local La Leche League group.

Some people with hypoplasia/IGT are able to offer all feedings at their breasts, regardless of how much milk their breasts actually make, using an at-breast supplementing tool. This tool consists of a small tube that is taped beside or under the nipple; the tube is connected to a container that holds the supplement, which may be the nursing parent’s own pumped milk, milk from a donor, or formula. Other people find that they are able to breastfeed and provide most of what their babies need, perhaps with the support of galactagogue (milk-making) herbs or medications, and that they only need to offer supplements, either at the breast or via bottle, once or twice each day. Your baby might be happiest if you offer an ounce by bottle, then latch them on to your breast once the edge has been taken off their hunger, letting them finish at your breast. Some people with hypoplasia/IGT find that they need no additional donor milk or formula supplementation around the middle of the first year, when their babies have shown readiness for some solid foods. One ounce of formula offers 20 calories; one ounce of mashed, ripe avocado provides 50 calories; banana and sweet potato each have 25 calories per ounce. Depending on your baby’s age, weight gain, and supplementation needs, nutrient-dense foods may provide adequate nourishment alongside the milk you are able to produce. Your healthcare provider can help you determine what is best for your baby.

The important thing is that you allow yourself the freedom to mourn the loss of the breastfeeding relationship you thought you would have. In that process, identify what aspects of breastfeeding your baby you were most excited to experience, and seek out the help of an IBCLC with experience in supporting people with low milk production or IGT. Help your IBCLC help you—do you want to learn how to pump and bottle-feed as much milk as you’re able to make? Does the at-breast supplementer that just came in the mail confuse you, and you need some help getting going with it? Maybe the idea of using milk donors appeals to you, but you want some more information before you explore that option. Talk to your IBCLC about the lengths you’re willing to go to, and your comfort level with your situation.  If they know what your goals are, they can help you design a care plan that will suit your needs and your lifestyle. With support, many parents go on to achieve their goals and have successful, fulfilling breastfeeding experiences that are about much more than the ounces of milk they produce.

IS YOUR CONCERN OR QUESTION NOT COVERED HERE?

Please contact a local LLL Leader with your specific questions.